Hollow Creek Tree Farm began entering trees in the SC Christmas Tree Association's annual contest at the SC State Fair back in 1985.  Over the years we have won over 60 ribbons including 29 First Place finishes and 3 Best of Show.  In 1998, we were also a runner-up at the National contest in Asheville, NC. 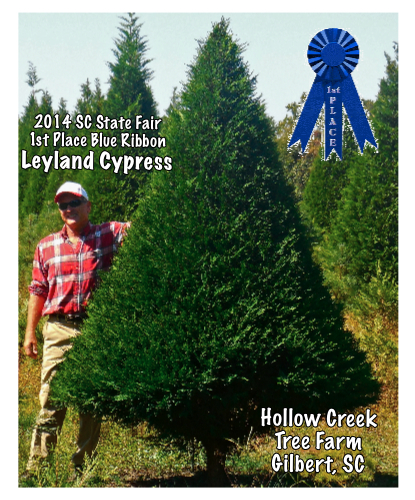